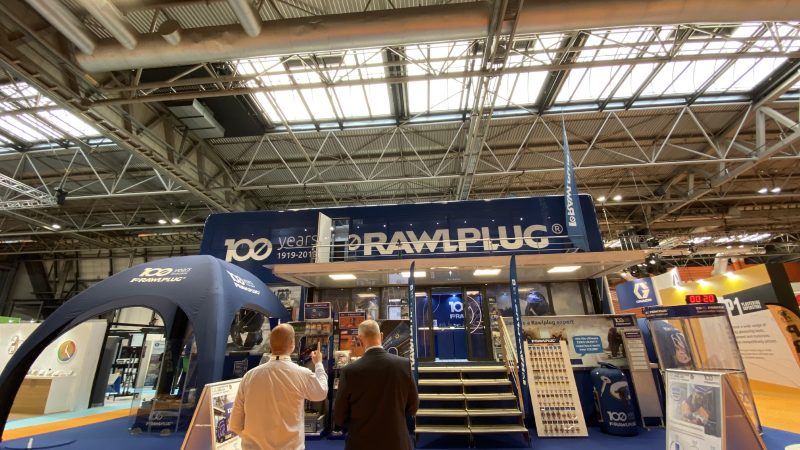 Events such as the annual UK Construction Week trade fair, which took place on the October 8-10 in Birmingham, are some of the best opportunities for Rawlplug not only to present clients with its offer, but also to compare with competitors: you can see other stands, materials and presentations, thanks to which competing companies learn and mobilize each other for further activities.

The UK Construction Week is an event that covers many of the industry sectors in which Rawlplug focuses its activities: construction, building technology, energy, heating, ventilation and air conditioning, surfaces and materials, and the wood industry. In previous years of the brand’s presence, the fair was a considerable success, generating both new business contacts and serving to maintain existing ones, but in 2019 of celebrating the 100th anniversary of Rawlplug the team decided to celebrate from a unique, even better side. In 2019, UK Construction Week was the ninth event of this type in which Rawlplug Ltd took part this year – planned as the last major exhibition this year was to become an event in itself. Such a plan was also strongly motivated by recent actions on the British competition market, largely copying many of Rawlplug’s moves – it was obvious that something should be used that no one else could repeat. The answer was similarly obvious – it had to be the RawlTruck!

The RawlTruck, the brand’s mobile education and training center, was an ace up its sleeve that Rawlplug UK did not hesitate to use. The full product range on offer was shown, Rawlplug history and training facilities – all presented in a truly modern, interactive and fascinating way. An ideal tool with which it stole the show.

Not only did the RawlTruck’s impressive appearance attract customers. Outside, specialists from Rawlplug Ltd presented products such as the new SC40 II gas nailer and R-LX concrete screw anchor. Test sounds were heard in the exhibition hall, and the number of customers intrigued by them increased. As Ryan Jenkins, a Digital Marketing Executive of Rawlplug, says: ” The quality of the conversations we had at the fair with clients was unbelievable. Initially, they were curious about the noise and immediately wanted to try our products themselves. We’ve made a lot of business contacts, “he reports.

Apart from RawlTruck as the main attraction, also its surroundings were admirable. The focus was on the POS offer, thanks to the SC40 II and R-LX dedicated racks presented within it. Because the Rawlplug booth was located right opposite one of the hall entrances, strategically placed banners and advertisements welcomed potential customers from the doorstep. The biggest impression was definitely made by the huge, at the highest point, 11-meter stand advertising the brand – its impressive dimensions have been immortalized in many photographs, later published widely by guests on social media. 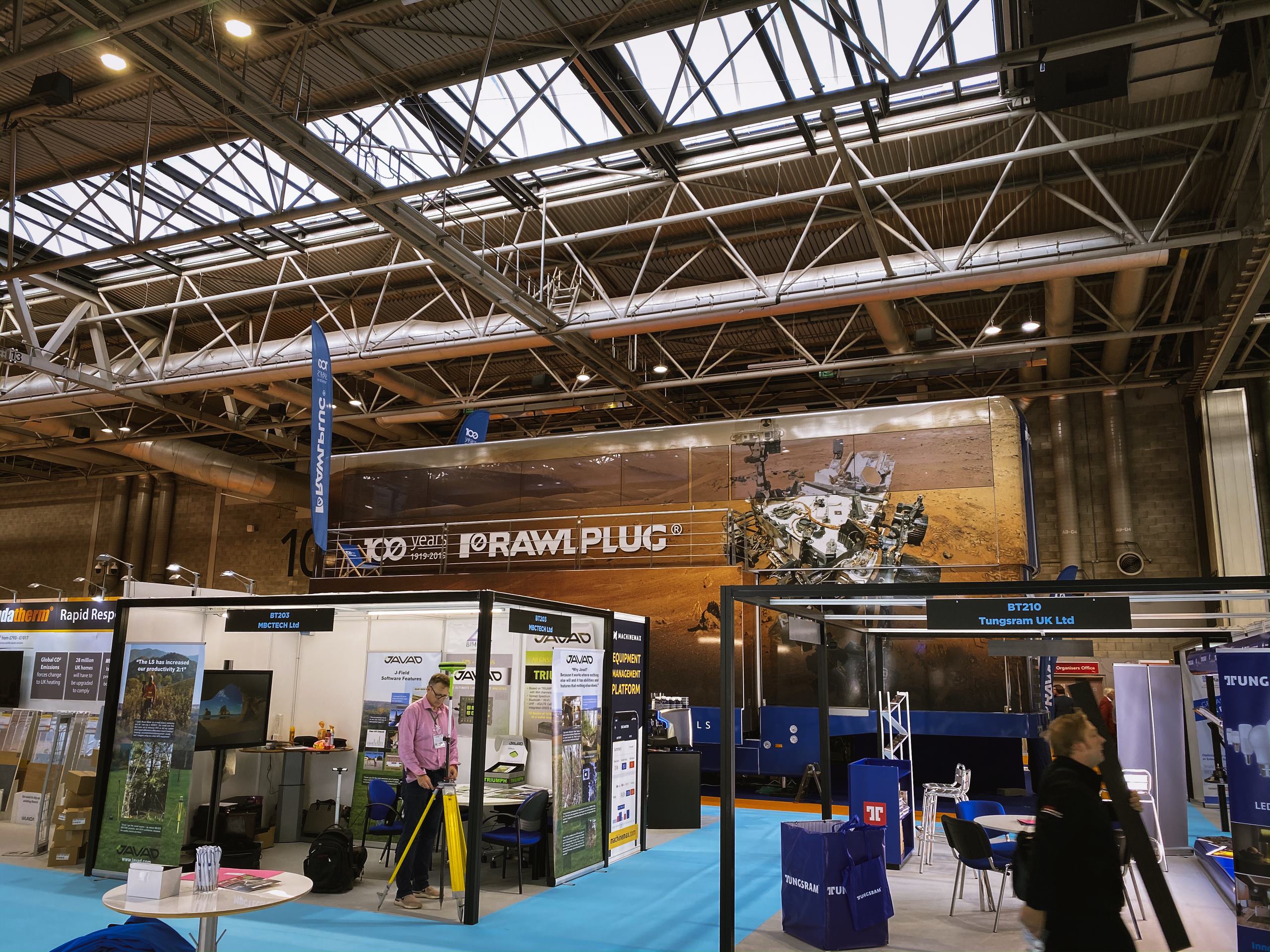 The fair organizers appreciated the efforts and ingenuity of the Rawlplug team, as a token of appreciation, offering an additional, free stand near another entrance to the hall, so that product demonstrations could take place at two independent points this allowed Rawlplug to secure the largest floor space compared to anyone else at the event.

However, this was not the end of the expansion under the dark Blue Rawlplug logo: in addition to two stands, the brand’s specialists were also present in its sponsored RawlplugBar Separated near the main place of conversation of visitors to the point where guests could drink coffee. It goes without saying that providing the perfect drink for business and social discussions has been well received by potential customers.

Rawlplug’s promotion during this year’s UK Construction Week also stood out in the slightly more entertaining part, i.e. the competitions organized for visitors. Guests could test themselves in three different competitions, prepared by the brand, and the level of difficulty and variety of tasks were selected specifically to attract the widest possible audience: from students to engineers. In one of the competitions, participants answered questions related to the history of Rawlplug, in another (called ‘Rawlgrabber’) they had to catch as many blue balls out of 100 prepared as they could, and the whole difficulty was that they had to be caught in a transparent tube from which they extracted compressed air – the task turned out to be so spectacular that it attracted a lot of fans and spectators. It is worth mentioning here that the competitions were designed so that – in addition to the joy of the entrants – they also brought benefits to Rawlplug: guests to participate had to, for example, provide their basic personal data (including specialization in the construction industry) and agree to their processing so that the British team Rawlplug could, for example, prepare an offer for them after the fair.

The second day of the fair was already planned solely for celebration. Rawlplug’s stand turned into a bar where champagne, beer and gourmet snacks were served. The guests were primarily the key brand customers, and the whole event was a great opportunity to meet together on slightly less formal grounds, strengthen business and non-business ties, and strengthen brand awareness even more. Thus, the second day was the perfect complement to the first, and the overall presentation of Rawlplug at UK Construction Week 2019 delighted virtually all visitors. As Ryan Jenkins concludes, “The event was a really great success that exceeded our expectations. What’s extremely important, as a team, we could see how much we can do if we all have one goal. We’re not even at the end of 2019, and what a year it has been! “

The year of risks, consistency and satisfaction – 2019 sum up according to Radosław Koelner, Rawlplug’s CEO

It is obvious for everyone that 2019 has been a great challenge for the entire...

Become a Rawlplug Expert It’s time for another Rawlplug® centenary event. On one of the...